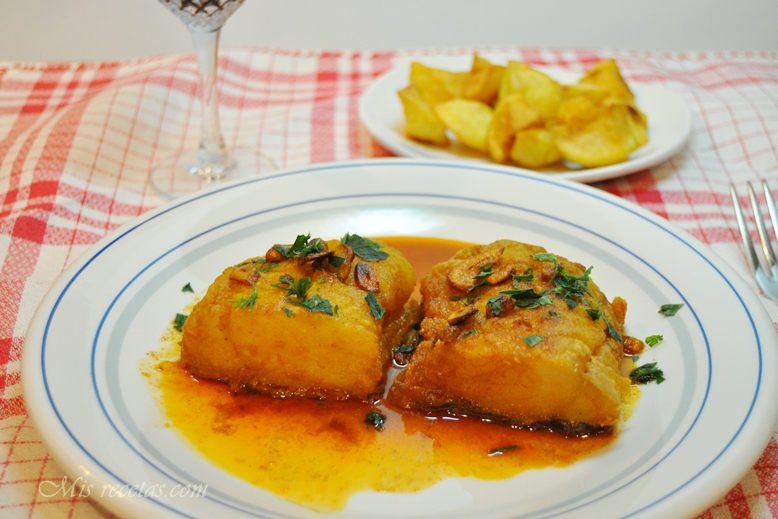 Those of us who are a few years old, remember how different the Lenten season was from our childhood to the present one. Do you remember what we were seeing on a single television in black and white? Films about the passion of Christ and the endless processions. The cinemas remained closed, the only music that was heard on the radio was classical or religious (impossible to put the record player or cassette with your music) On Fridays you could not eat meat, so the ingredients with more presence during Lent were the legumes, the fish, especially the cod and the vegetables, in the stews, that came to replace the compango or sacraments (blood sausage, sausage ...). Thankfully, the desserts (torrijas, pestiños, monas de Pascua ...) sweetened us a little those sad days of our childhood.

Precisely the cod, thanks to its preservation in salting, has traditionally been in Spain a fundamental ingredient in the kitchen of Lent: fritters, croquettes, with tomato, pipil, batter, stew ... dishes that we found in these dates. And thanks to its great contribution of proteins, it was very interesting from the nutritional point of view, to balance the lower consumption of meat.

Although it is a fish that I consume in my house in a very habitual way, in these dates it seems almost obligatory to upload a cod recipe to the blog.

Bacalao a la llauna is a typical recipe of Catalan popular gastronomy. A delicious dish, despite its simplicity. The name is owed to the recipient where "la llauna" 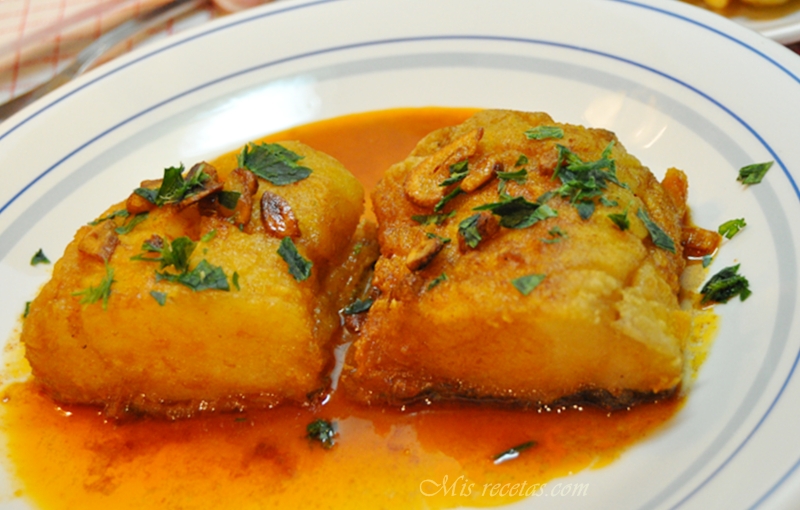 Once desalinated the loins of cod, dry them well with paper towels and flour them lightly.

Put a couple of fingers of oil in a pan and fry them. We pass them to a baking dish.

We remove a large part of the oil and in the rest we lightly brown two of the four rolled garlic cloves. When they begin to brown, remove the pan from the heat and add the paprika and then the glass of white wine (the better this is, as well as the paprika, the dish will gain in flavor), in this way we will prevent the paprika from burning and ruin the plate. Salamos We put back to the fire and let it boil a few minutes.

Let's see the contents of the pan over the cod loins , we put the other two over it rolled garlic and put in the oven for a few minutes in grill function.

When remove the tray from the oven, sprinkle with plenty of chopped parsley. 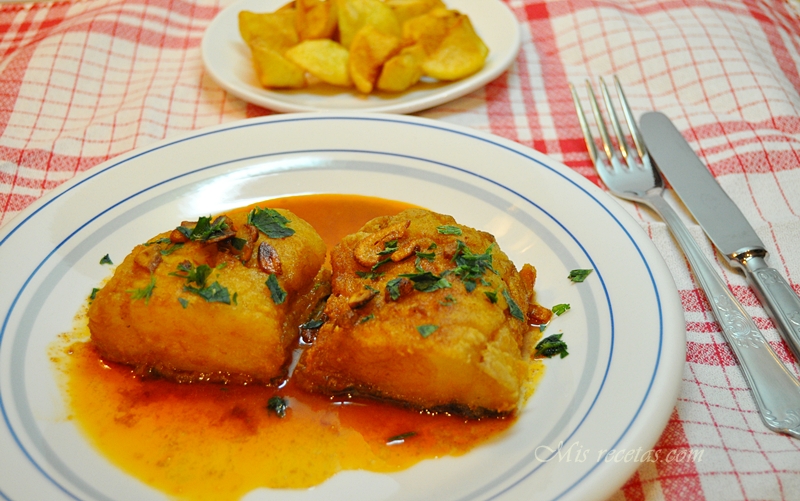 I love the texture and taste of cod; it seems to me one of the tastiest fish. Taking advantage that both in our cuisine, as in other countries, there is a wide variety of recipes of this fish and since my family also like it a lot, I often try different elaborations and it does not surprise me that this cod has llauna have such good reviews, because it is great.I hope you have a great time, that the time is favorable for you and you can enjoy all the activities you have planned, that you eat rich, rich and that on the way back we all meet again.
If you stay at home, surely you will also enjoy a few days of rest and relaxation, which always come well. Be happy. ; D