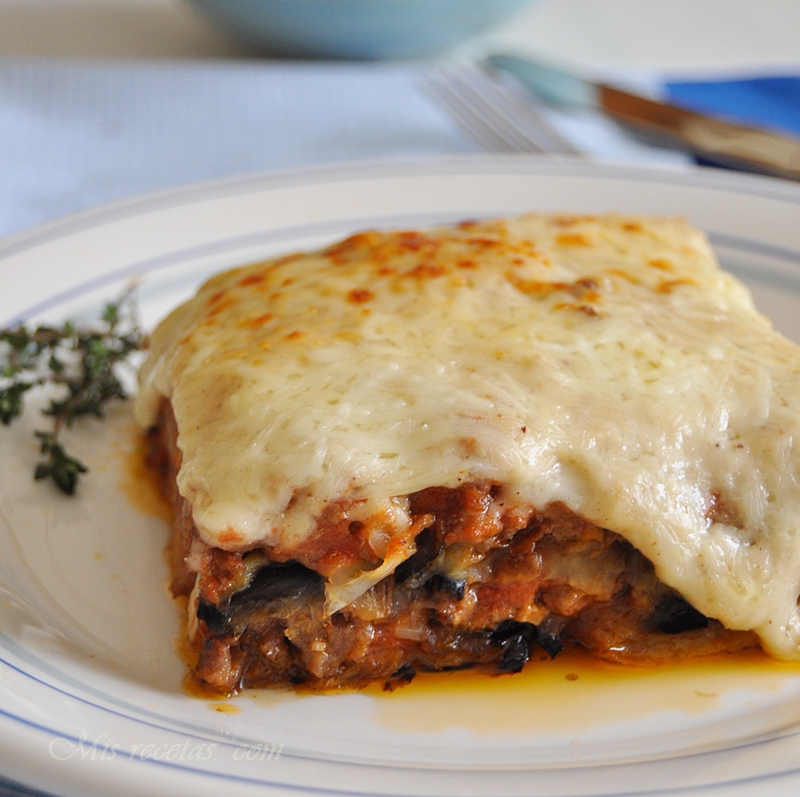 The musaca or moussaka is a traditional dish from the Balkans and the Middle East made from aubergines. The Greek version, which is the best known internationally.

In the Arab world, the musaca is a cooked salad made mainly of tomatoes and aubergines, similar to the caponata from Italy, and is usually served cold as an appetizer. Despite being an Arabic name, musaca is usually considered a Greek dish in the West. The Bulgarian, Serbian, Bosnian and Romanian versions are prepared with potatoes instead of aubergines.
In the common Greek recipe (3 layers), the lower layer consists of slices of eggplant stir-fried in olive oil, the middle one It is crushed lamb cooked with tomatoes also crushed, and the top is béchamel. You can omit the butter from the béchamel, as well as reduce its amount or replace it with cream. In the rest of the Balkans, the upper layer is commonly a custard; in England, in rare cases a layer of mashed potatoes is used.
Cheese gratin or bread crumbs are frequently sprinkled. 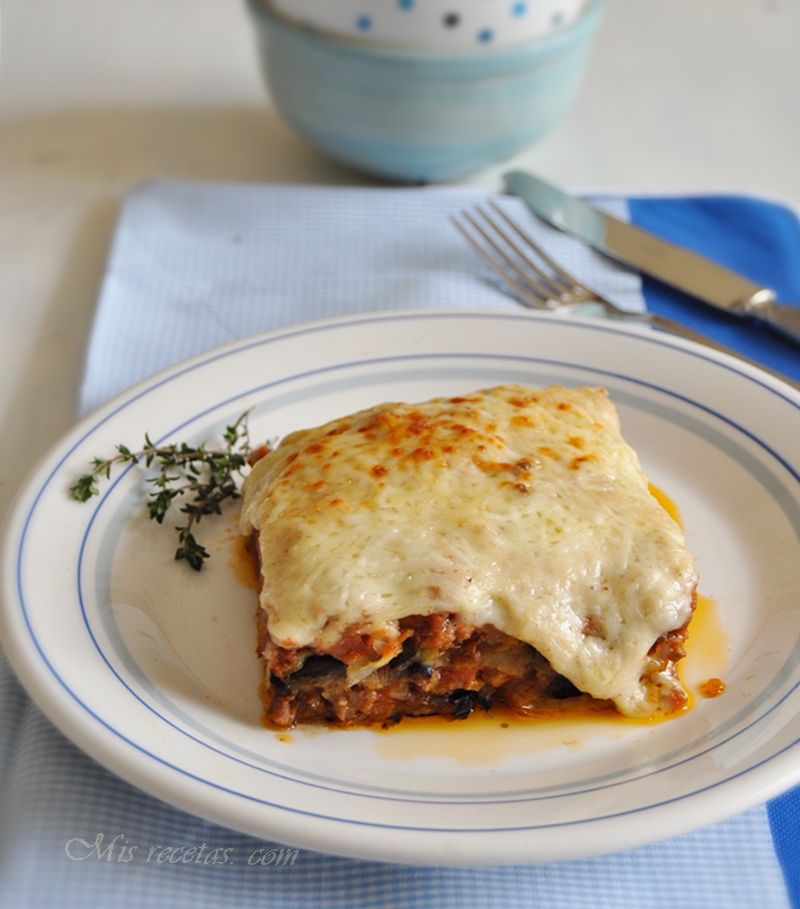 We cut the eggplant in longitudinal slices, about half a centimeter thick. We sprinkle with salt and let them rest for 30 minutes to lose their bitterness.

We wash and dry the eggplant slices very well. We salt them and pass them through a light layer of flour and brown them lightly in very hot olive oil. We reserve them on an absorbent kitchen paper.

I usually do it in the microwave, but you can do it on the fire.
Let's pour the natural tomato crushed and skinless (either homemade or pot) in a bowl. Add a tablespoon of olive oil, a spoonful of sugar, salt. Cover with plastic wrap, to which we will make small holes with a fork or brochette, and introduce it to the microwave for 8 minutes at maximum power. After the time, we remove and check the acidity and texture of the sauce, rectify if necessary and introduce again between 4 and 6 minutes more. We reserve.

We can use the meat that we like the best: lamb, chicken, veal, pork or a mixture.

> Chop and fry the cloves of garlic, onion and minced meat.Salpimentamos.
When the meat is made, add the white wine and when it has evaporated, add three or four tablespoons of the tomato that we had reserved.>
Bechamel:

We take the pan to the fire with two tablespoons of olive oil or butter and sauté, until toasted without burning, two tablespoons of flour. Add the cold milk, stirring constantly, until it acquires the desired consistency (I like it to be light). Add the salt and the nutmeg. We remove.