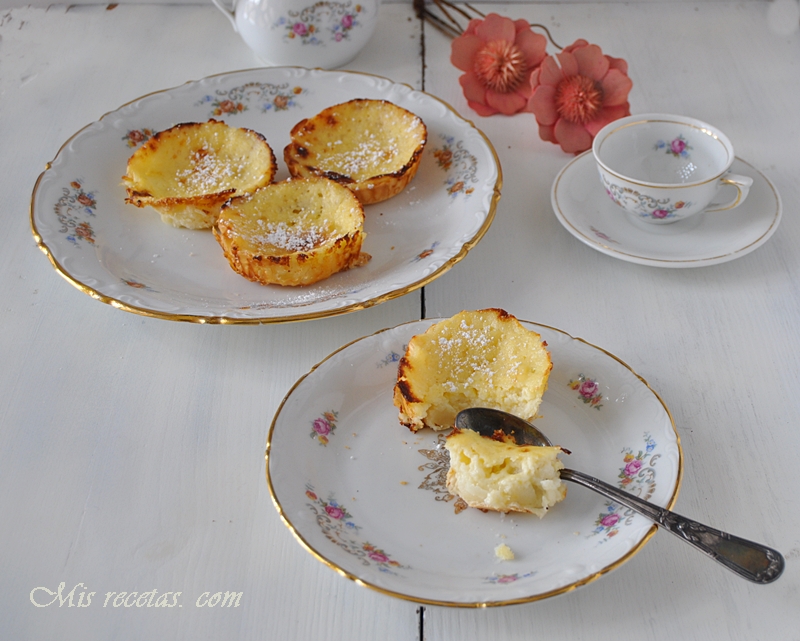 For today's starter I prepared some very rich cakes, with a crispy exterior and a creamy and soft interior. Delicious!

These rice cakes , together with la carolina and butter cakes are three of the most typical desserts in Bilbao and although its name makes us think that they are made with rice, the certain thing is that they do not take it.
Many are the theories about the origin of this sweet. The most curious, which is not exempt from reality, is the one that sailors from Bilbao refer to, for whom this cake has its origin in the cakes that were made in the Philippines with rice flour. This recipe was brought to Bilbao by the sailors who made the race of the Indies , the rice flour was replaced by the wheat flour, and this is where the paradox of this sweet resides, which has kept its name initial of rice cake , without having this ingredient for its preparation and without, therefore, know rice. Meanwhile, there are others that suggest that the origin of this cake is in filling a base of puff pastry with a thick cream of rice with milk, one of the most valued desserts by the locals, and cover it all with another layer of puff pastry. Anyway, whatever its origin, this cake has become a hallmark of the Bilbao bakery.
http://www.euskonews.com/0479zbk/gaia47902es. html 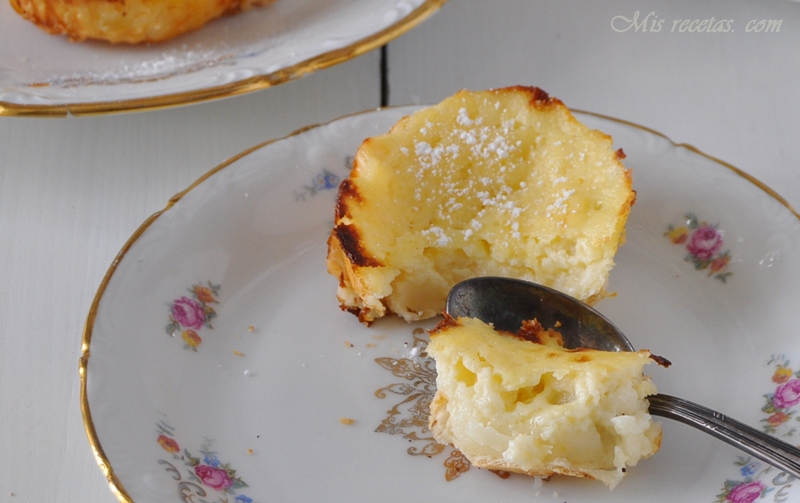 ELABORATION:
Preheat the oven at 200ºC

Mix the flours, salt, lemon zest and sugar and add the eggs one by one as you mix the mixture. Do it right to integrate all the ingredients, without putting air. I did it with some manual rods.
Add the warm milk with the butter while you keep beating.

We grease the molds and cover them totally with the dough, but without stretching it to avoid shrinking afterwards.

Fill the molds with the mixture.

Bake at 200ºC, with heat up and down (I also set the air function) for 25 minutes (If you see that they are not golden enough, give them about 2 or 3 minutes of grill)
Remove from the oven and allow to cool before unmolding. Sprinkle with icing sugar when serving them. 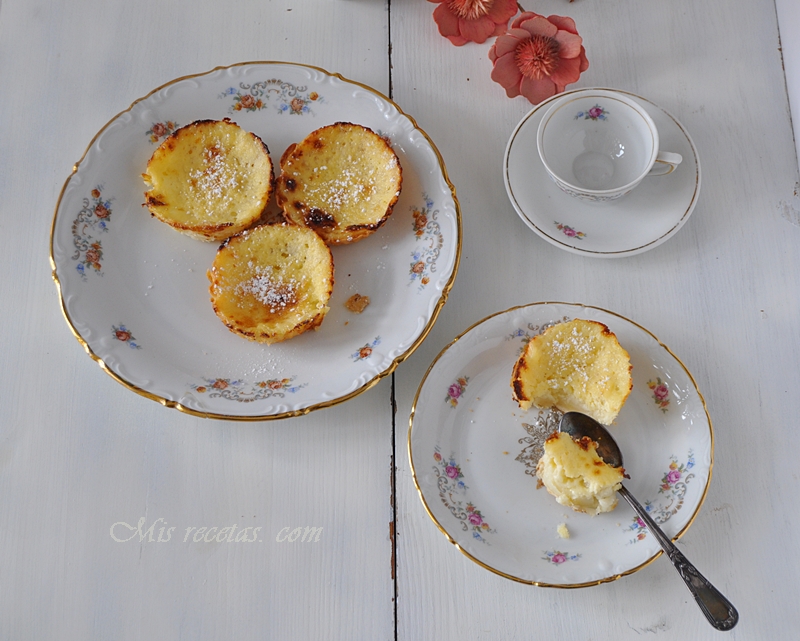 In the middle of baking the dough grows a lot, but then you will see that they deflate and a hollow is left, this is something normal.

Rice flour tends to stay in the bottom of the container, so it is advisable to shake the mixture a little while pouring it into the molds.

If you have left over or you are going to consume them later, store them in the fridge, and if you like them warm, to give them a microwave hit is enough to take them at their point.