Torrijas in honey syrup and anise 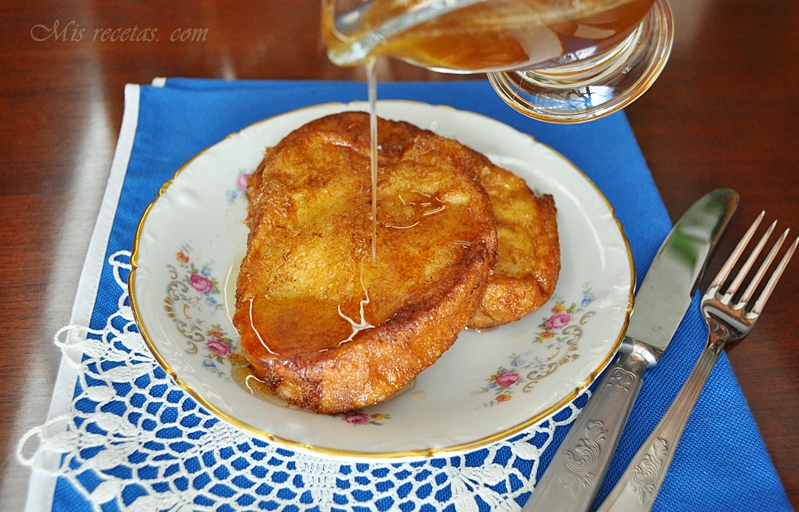 The first historical references of the torrija or torreja go back to the XV century, "honey and many eggs to make torrejas" , Juan de la Encina's appointment, as the indicated dish in the recovery of the parturients.
It seems he was born in the convents, for the need to take advantage of the leftover bread. Given its contribution of energy, its easy preparation and its low cost, it quickly became popular and during the Lenten season, when it was forbidden to eat meat, its consumption became habitual.

Today we find in the pastry shops all kinds of elaborations of torrijas, from the most traditional to the most innovative, but at home I still ask for the traditional torrija, with milk, syrup or sweet wine. 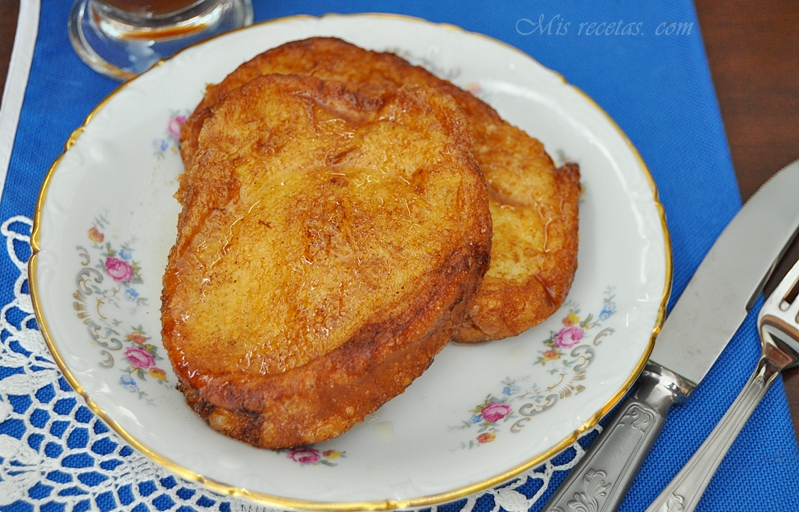 We take to the fire a saucepan with the milk, the cinnamon stick, the skin of the lemon (with nothing of the white part) and the sugar. Let it boil. Remove from heat and reserve until it is warm.

Cut the bread into slices a finger thick.

Put the oil to warm up

Colamos milk and pour it into a wide fountain. We dip the slices of bread in it, turning them over so they are well soaked. We let them drain on a grid.

We beat the eggs and we roll the slices of bread. Fry them in abundant hot oil, over medium high heat ( TRICK): The batter usually makes a lot of foam when frying, to prevent that from happening, add two wooden sticks in the oil while cold the toast, of this barely forms foam)

When are golden on both sides, we deposit them on absorbent paper and from there we pass them to a fountain.

We do the syrup:

We take a saucepan to the fire with honey, anise and water, until it boils and thickens a little. We let it cool either we sprinkle the torrijas with this syrup or we serve them in a sauce boat so that each one is served to your taste.

Do not stop trying them, because they are delicious, creamy, sweet, aromatic ... Delicious! 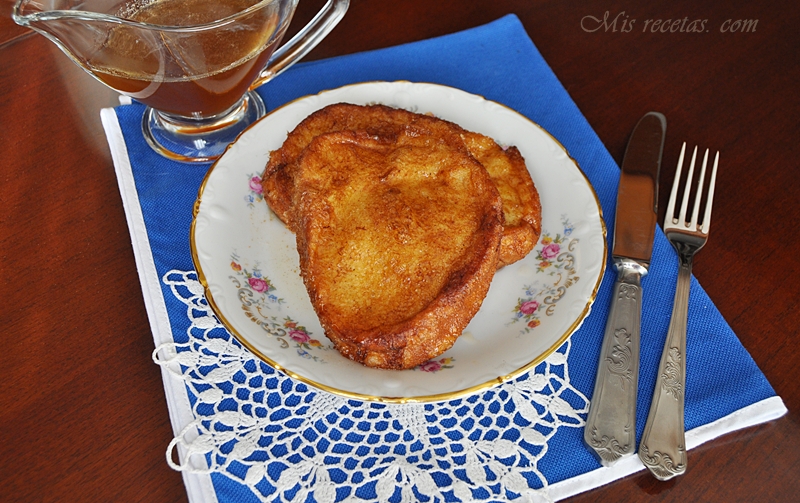